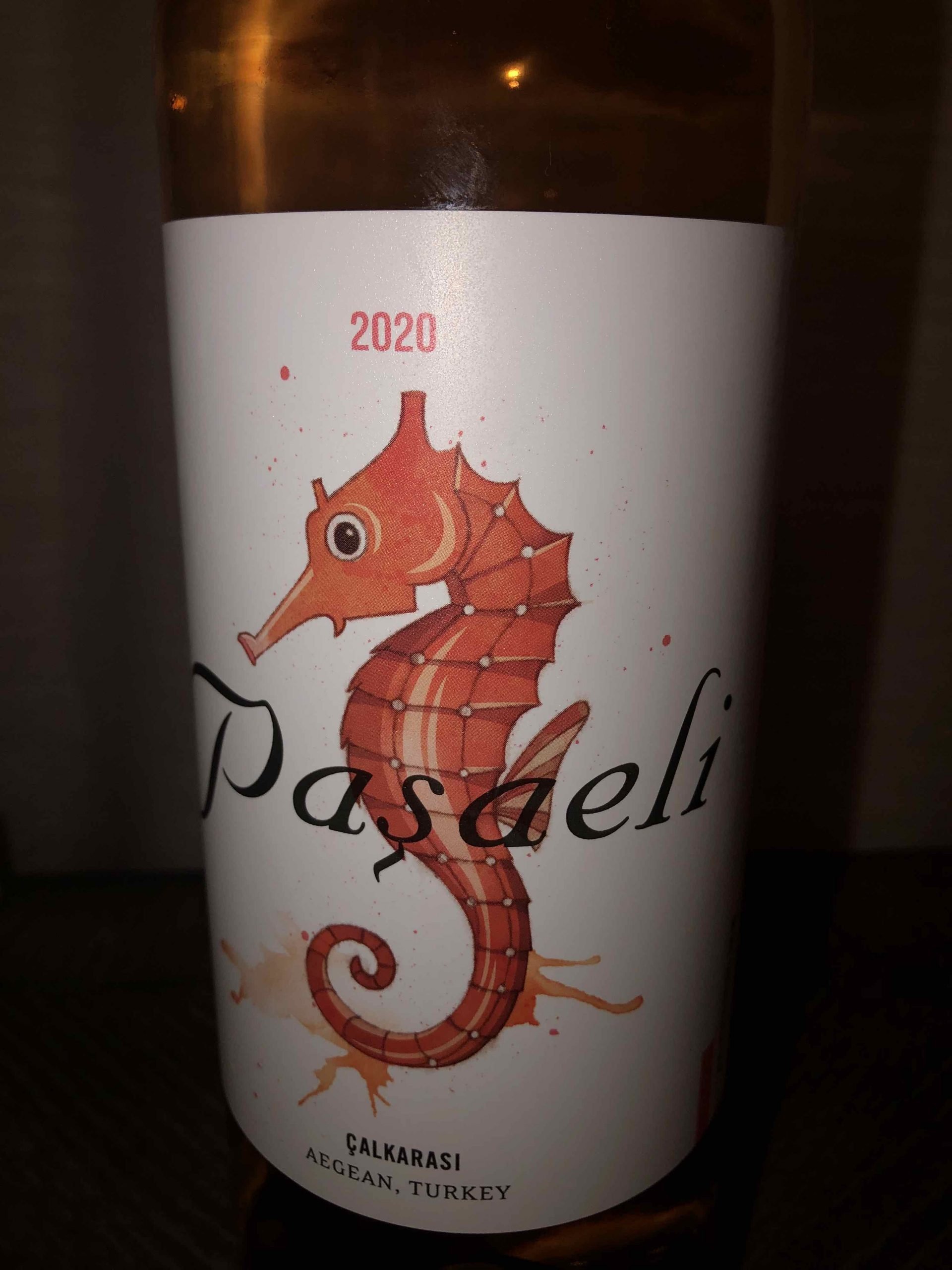 Turkey isn’t a household name among wine drinkers, and it would be a stretch to place it with oddball and lesser-known wine regions. Turkish wine’s obscurity has nothing to do with the quality, though, and should not be a deterrent. If you happen to be anything like me, the minimal information and mystery surrounding the country’s wine might motivate you even more to try it.

This acidic, aromatic Turkish rose, Pasaeli, is no exception. It comes from Çal, of Denizli, in the Aegean region of Turkey and is made entirely from Çalkarasi grapes. Pasaeli has a creamy mouthfeel with pear and other notes.

The Aegean wine region is found on the western side of Turkey around the Mediterranean coastline. A little over half of the country’s wine-producing grapes are grown in Aegean. The two biggest wine areas within Aegean are Izmir and Denizli with others sprinkled throughout. In this bottle’s case, Pasaeli comes from Denizli. Within Denizli, all of this rose’s grapes come from Çal, a district within the city.

Given the country’s unique location, acting as a land bridge between Europe and Asia, Turkey’s rich history has brought a surprisingly large variety of grapes through and many have stayed. Native grape varietals such as Sultana, our star grape, Çalkarasi, and many others are widely grown alongside more familiar, popular varietals such as Cabernet Sauvignon, Malbec, and Tempranillo.

The Aegean region is generally hot during the summer months and mildly cold in the winter. The climates, soils, and altitudes vary between the coastal and inland vineyards. Around the Mediterranean, the altitude averages around 492 ft (150m) with summer temperatures peaking a little over 110°F (44°C). The further inland, the elevation reaches 2,952 ft (900m) with summer temperatures stabilizing around 100°F (40°C).

Pasaeli gives off an immediate aroma of deep pear. It’s not overpowering and is just enough fruit to be perfect. Underneath the pear, there are unexpected, but welcomed notes of cherry. Finally, there are hints of minerals and citrus to balance things on the nose.

This Turkish rosè has two big flavors – tasty, mildly sweet pear balanced with acidic minerals. The pear notes take the driver’s seat here while the minerals are largely found as the wine gets closer to being swallowed and are at their peak in the finish. The wine gives off a full, creamy mouthfeel with a short, clean finish.

I had no idea Turkey produced wine, especially wine that made it to international markets, until I found this. The Turkish origins and label are what initially intrigued and drew me to this bottle. The calm, pleasant aromas and flavors of pears, cherries, and minerals make this wine perfect alongside its creamy, velvety body. In terms of food pairing, this wine is fairly versatile. Its high acidity and medium body make it great for fish and poultry. This is also a great summer wine whether you are at the pool, reading on your porch, or watching Netflix!