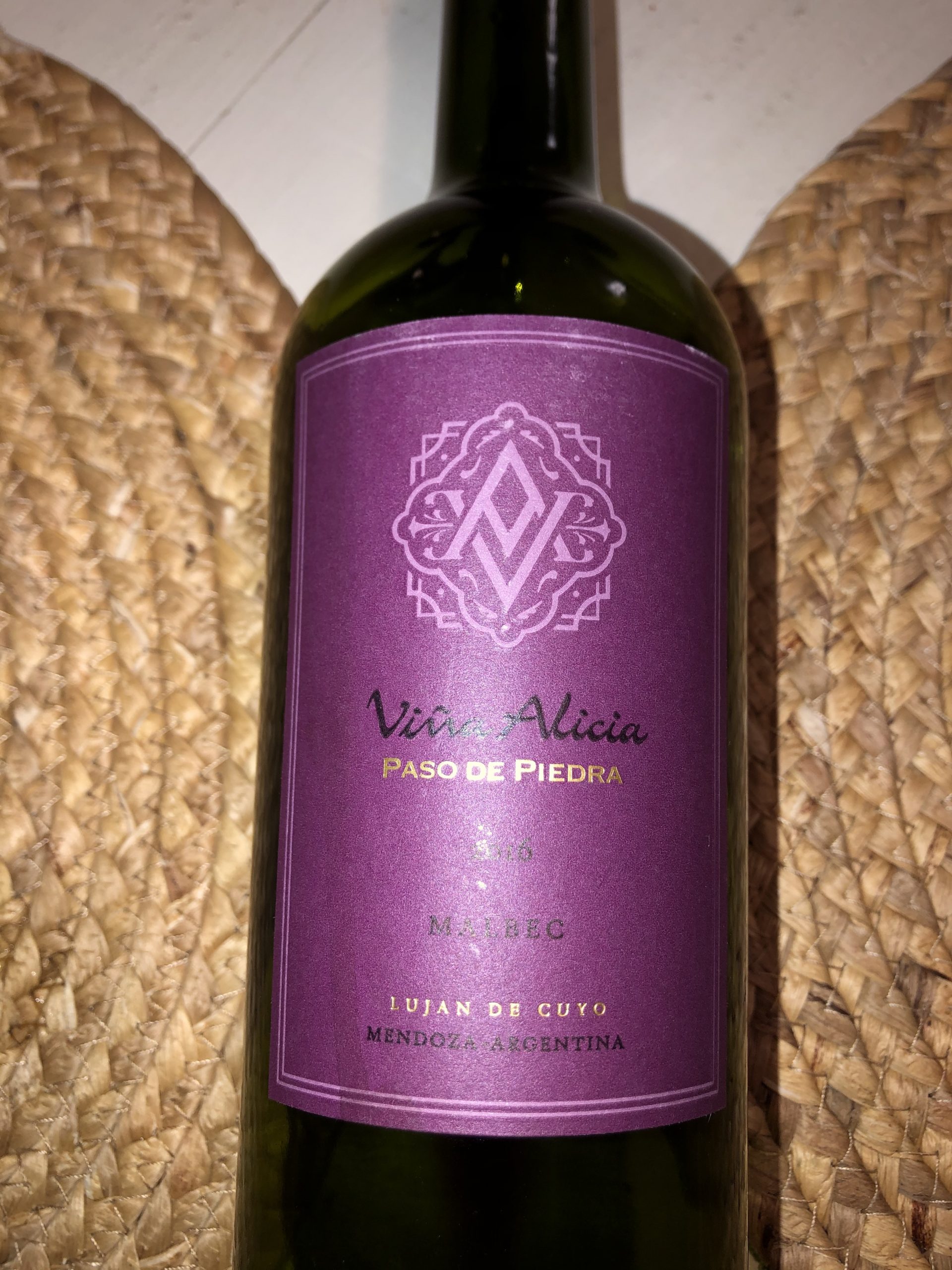 This medium-bodied earthy-oaky funk of a wine is beautiful and a great reminder as to why Malbecs are, well, great. As soon as I opened the bottle, this raw, earthy funk came floating out and only intensified when I poured it. Apart from the earthy aromas that I immediately picked up, there were hints of oak and chocolate. The tongue followed in similar fashion with notes of fresh wood and an undertone of oak. The most surprising and interesting aspect of this wine is the lack of fruit notes that you would typically find with most wines. You get very, very subtle hints of dark fruits, but they still seem questionable.

As the wine aerates, the fruit aromas and tasting notes due come more into the picture in a very pleasant, balanced way. The earthy funk, which was initially our main guy, takes a backseat, providing a nice, consistent undertone. The dark fruits and mild oak then take over and work together to create a beautiful, interesting wine.

Right down the road from the wine town of Mayor Drummond and a little way up from the Mendoza River, Vina Alicia sits in the middle of Lujan de Cuyo. This is one of the three major wine sub-regions of Mendoza Argentina along with Uco Valley and Maipu. Argentina boasts some of the highest-altitude vineyards in the world in general and also claims the world’s highest vineyard. With that in mind, Lujan de Cuyo has the 2nd highest elevation ranges of Mendoza’s sub-regions, ranging between 2,624 – 3,608 ft (945 – 1,100 m). This bottle specifically comes from Vina Alicia’s Las Compuertas vineyards which sit at around 3,500 ft (1,067 m). With Vina Alicia’s high elevation and its proximity to the Mendoza River and Andes Mountains, the terroir of the area creates a beautiful wine.

Malbec’s history goes back centuries to the early days of French viticulture. The Malbec grape is one of the five noble Bordeaux grapes alongside Cabernet Sauvignon, Merlot, Cabernet Franc, and Petit Verdot. These grapes have historically been used to make one of the most famous, and tasty red wine styles in the world – the Red Bordeaux.

The single-varietal Malbec did not become popular until European grape farmers and winemakers brought viticulture to Argentina. Though it took some time along with ups and downs, Argentina has become the biggest producer and exporter of Malbec wine in the world. The grape is grown throughout the country but is most known for being grown and produced in Mendoza and its three sub-regions.

Vina Alicia Paso de Piedra’s 2016 Malbec had an immediate, enticing funk as soon as the cork came out. This funk carried over as it was poured and led to fresh, earthy aromas and hints of oak. Before aerating, the expected dark fruit aromas were very subtle, but plum and bright, quick hints of cherry appeared when swirled a little.

As the wine decanted for about 30 minutes, the dark fruit aromas become more noticeable. As the plums found their place on the nose, the earthy funk started to balance out, though it still remained consistent in a very pleasant way. Finally, the oak started to creep in, but still remained in the back with a notable, but calm presence.

This is a medium to full-bodied wine that is very nicely structured. While the tannins and acidity are softer on the milder side of the medium, they are still present and contribute in a pleasant, calm way. Next, the overall mouthfeel is one of the best parts. It starts with a creamy, earthy feel and only deepens into creamy milk chocolate as it aerates. The finish is on the longer side with an earthy plum-filled aftertaste with hints of minerals and oak.

The aromas carried over to the tongue in a very consistent fashion. The earthy funk, which now started to remind me of fresh wood, was the first bit I noticed. Then came delicious notes of chocolate and oak with hints of pepper. Following the aromas further, as the wine decanted, the dark fruits became more present. The aromas of dark fruits and plum is balanced very nicely alongside the earth funk and mild oak. Pepper and baking spices also became more prevalent as the wine aerated.

Vina Alicia’s Paso de Piedra Malbec 2016 is a creamy, earthy funk of malbec that eventually opens up to some oaky, peppery plum notes. This wine is great for anyone that loves malbec or wants to dive into malbecs. For only $20-$25, there is a great deal of complexity. While this bottle has a bit of an earthy funk, it can easily appeal to newcomers as well.