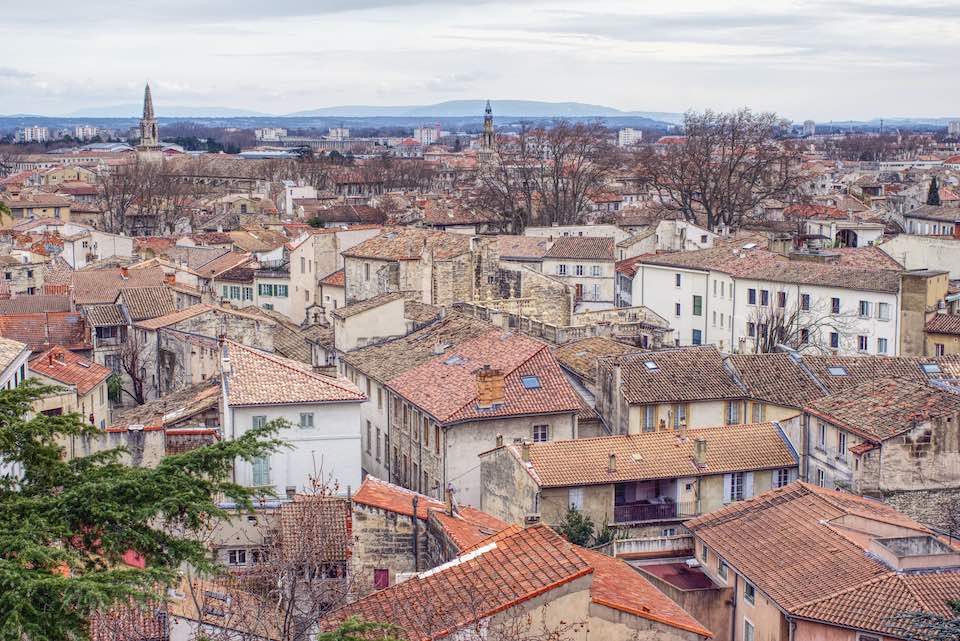 Lirac is one of the most overlooked and undervalued Crus of Côtes du Rhône producing red, white, and rosé wine. Due to its lack of space and prestige, the prices tend towards the inexpensive side while the quality and taste remain top-notch. These wines are unique in their style and terroir, though similar enough to their neighbors for any Rhone lover. Famille Brechet produces wonderful rich and tasty expressions of the appellation and its terroir at its Lirac estate, Plateau des Chenes.

Lirac is situated in the southernmost part of Rhone, north of Tavel, and directly across the Rhone river from Chateauneuf du Pape. The appellation is fairly small with only around 1,960 (795 hectares) acres under vine, and the AOC’s international exposure is fairly limited due to its small size. It is mostly on hilly terraces that are somewhat split between the upper and lower terraces. The upper terraces are primarily made up of red clay and pebbles, and the lower terraces are mostly limestone. The region gets relatively little and inconsistent rainfall and is usually in direct sunlight.

Lirac produces similar red and white blends as its neighbors with various blending requirements. Making up 85%, the red blends are historically known for being soft and elegant, though, in recent years, some producers have moved towards bigger and bolder styles. They are made up of Grenache, Mourvedre, Syrah, and Cinsault. Grenache must make up at least 40% of the blend with Mourvedre and Syrah consisting of at least 25%. Finally, Cinsault can make up to 10% and is optional. With only 10% of total wine production, the appellation also produces some white wines. These tend to be deep and rich, and they are extremely hard to beat in terms of quality and price. Lirac’s white wines consist of Grenache Blanc, Clairette, Roussanne, and Bourboulenc as the core grapes. Secondary white grapes include Ugni Blanc, Marsanne, Viognier, and Picpoul.

The Brechet family has been in the winemaking business since the beginning of the 20th century with Auguste Brechet, the great grandfather of the current proprietors, starting with only a 24 acre (10 ha) vineyard and a few olive trees in the Gigondas AOC. Over the past century, the family has started and acquired vineyards in Chateauneuf du Pape, Provence, and most recently in 2010, Lirac.

Plateau des Chenes is Famille Brechet’s estate in Lirac. It can be found right along the western bank of the Rhone. It sits on nearly 40 acres (16 ha) of red clay, pebbles, and limestone. To add to an already rich and diverse soil, the vineyards are sprinkled with galets. These large, smooth rocks are somewhat unique to this area of the Rhone Valley. They are thought to help the vines grow and grapes develop due to their high capacity for heat retention. They absorb sunlight during the day and slowly let it out into the soil when the sun goes down.

Syrah makes up at least half of the estate’s vineyards with Grenache, Cinsault, Grenache Blanc, Clairette, and Roussanne making up the rest. These Syrah dominant vineyards are fairly unique to southern Rhone, as the area tends to focus more on Grenache. Here are two amazing, tasty representations of Plateau des Chenes’s Rhone blends.

Plateau des Chenes Rouge 2015 is a Rhone blend dominated by Syrah and complemented by a healthy portion of Grenache. Again, the Syrah taking the lead is fairly unique among southern Rhone producers, but it adds a fun and savory adventure.

The wine initially gives off savory aromas with cherry and vegetal notes competing to be on top with gravelly undertones of earth. As the bottle opens and aerates more, the wine gives off a light perfumey haze. The earthy funk comes more to the front and balances out with the cherry and dark cherry notes.

On the tongue, there are immediate candied, tart, though mild cherry notes. These are complemented by meaty herbal notes as well. As it opens up, the delicious herbal funk turns into tangy and minty mushroom notes. The acidity is high and fantastic and works with moderate tannins to round out the wine. To top it all off, there is a long, tasty finish with calm, tart cherry.

This is one of the best white wines I have had recently, and I am tempted to buy a case. This is made even more special since only a small amount of white wine is produced at Plateau des Chenes. This bottle was made up of fairly similar amounts of Grenache Blanc, Clairette, and Roussanne. These are the only three white grapes grown on the estate, and they work together to make a beautiful bottle.

Right off the bat, there are aromas of melon and pear balanced out by a lemony undertone. On top of this, there are slight and comforting hints of honey and grass. As the wine sits, the grassy honey combo becomes stronger and balances wonderfully with the fruits.

The aromas are enticing enough, but the magic starts on the first sip. All of these aromas are present and accounted for, though on a much richer and even better scale. There is the pear and melon combo at the forefront, and this is complimented by hints of grass, honey, and lemon zest. All of these comforting, tasty notes are accompanied by a highly acidic full-bodied white wine with a creamy and chewy body. The finish seems to go on forever with the lingering, mouthwatering taste of slightly sweet honey.